The Truth Behind Actor Emaciations

Emaciations amongst actors can attract controversial publicity. Here at Fit For Films we have emaciated a number of actors for their roles in the movies Unbroken and In the Heart of the Sea.

I’m always intrigued to see what gets written about the emaciations by the press.

Other than the usual tag headline of Actor A gets dangerously thin on a gruelling 500 calorie a day diet, you often see comments along the lines of how this must be abuse and how can film productions get away with doing this to their employee’s?

In this article I am going to outline some of the tricks of the trade when it comes to actor emaciations as I feel it is important for people to understand that there is a lot more to it than just starving an actor and risking their health for the sake of a movie.

Before any actor assumes an emaciation role a support team will be put around them. This might include a Nutritionist, Personal Trainer, Chef/catering and medical staff etc. It is our job to then oversee the smallest details to ensure that the emaciation is done in a manor that is as healthy as humanly possible.

As a Nutritionist and someone who has been trained in Functional Medicine, I am able to use Functional lab testing with my clients. This means we can run appropriate blood & urine tests to assess the actors baseline state of health before the emaciation begins and then continue to retest when appropriate throughout filming. This enables us to make very specific recommendations with regards to their diet and supplementation.

As a general rule we use the very highest quality supplements, and it is certainly no exception during emaciations. Supplementation will play a crucial role in sustaining and supporting, energy, focus, immune function and overall health.

Performing emaciations for the movie industry is all about timing. Prior to the emaciation beginning we are given access to the script and discuss regularly with production dates of specific scenes. By doing this we are able to micromanage nutrition plans so that we can use specific nutrition tactics to either deplete or replete that individual for specific scenes. We will often utilise carb, water and salt manipulations on top of their fat loss to give the increased impression of being more emaciated than they actually are. It is not uncommon to be able to drop more than 5kg off someone in just a few days using the right tactics.

Likewise we would fluctuate calories according to specific scenes and the filming timetable. If we know the actors have some time off, then we use that opportunity to overfeed them. This actually benefits them in a number of ways. A spike in calories not only provides an increase in nutrient intake and acts as a psychological relief to dieting, it also helps support metabolism preventing them from plateauing in their fat loss efforts. Calorie spiking is a tactic that should be incorporated into most fat loss regimes. Many people in the real world use tactics like flexible dieting to achieve this.

In short, yes significant calorie restriction does occur, however calories are often fluctuated to ensure the quickest and healthiest result possible and I know with the actors I have worked with minimal time is spent pushing the calories down to insanely low levels that are often reported in the press.

Okay so this is a huge one. What can be achieved with a few hours in the make up chair with regards to making someone appear more emaciated than what they actually are is incredible. Of course make up is not a miracle worker and yes we still need to use specific and sustained nutrition and training tactics to get the actor as close as possible to the required look, however make up is extremely good at taking someone from “wow he looks emaciated” to “holy crap look how emaciated he is”.

That’s right the actors play a crucial role on all this too. Not only does it require the dedication and commitment from a nutrition and training point of view, actors are able to manipulate how they look on camera by thinking about body positions, body shapes, how they are breathing and so forth. This makes acting in these types of conditions even more impressive, not only have they had to endure a significant weight loss, they may also be dehydrated, carb depleted and still having to think about their body position, breathing and so forth in specific scenes whilst still remembering what to say and do.

Its always interesting to me to see on film how the actor looks and knowing in reality how they may have looked just 24 hours before that particular scene.

Nothing should be taken away from the effort required by actors and also the stunt performers that have to emulate the physique change of the actors, but it should be noted that actor emaciations are a team effort and with the films we have played a role in managing their nutrition protocols are micromanaged to elicit the best possible result as healthily as possible.

“Steve was absolutely crucial to nearly every member of the cast of Unbroken. We all had to achieve an emaciated look for the film, while still maintaining the energy to act for months of 12-plus hour days.” 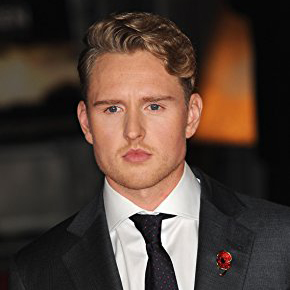 “I was both inspired by, and grateful for Steve’s unique and thorough skill set, but also the passion and care with which it was applied. I felt able to focus on creating a character, confident that aesthetically and healthily, I was covered.”

Check out the trailer for Unbroken below:

Check out this interview with Ross Anderson in which he talks about preparing for his role in Unbroken.

Sign up to our newsletter to receive articles straight to your inbox and the latest news about our forthcoming P-Form supplement range.

This article was written by Steve Grant.
You can read more of Steve’s articles and learn about his specialist areas and experiences using the link below.
More about Steve

Sign up to our email newsletter to receive the latest articles and promotions by email.

Get the latest news, advice & promotions straight to your inbox